END_OF_DOCUMENT_TOKEN_TO_BE_REPLACED

In gravure printing ink ,Thesolvent not only dissolve all kinds of film formingpolymer , adjust the viscosity and rheology , to adapt to the printing , but also haveimportant influence on the quality of film

The solvent can not only dissolve all kinds of  film formingpolymer and adjust  the viscosity and rheology to adapt to the printing, but also have important influence on the quality of film. In gravure printing ink formulation, one of the key technologies is to choose the proper solvent. The following are the detailed descriptions of how to choose and quantify the solvent as well as the characteristics of solvent.

The classification of the commonly used solvents

There are ethanol ( alcohol ), isopropyl alcohol , n-butyl alcohol , etc for commonly used alcohol solvent. The ethanol and nbutyl alcohol are always used as solvent. However, ethanol hygroscopicity is higher and the solubility of some resin is good,especially for dyes. The dissolving capacity of ethanol decreases with the increase of water content; for the high-speed of volatile,the amount should not be excessive. The isopropyl alcohol is miscible with water,ethanol and methylbenzene.

There is ethyl acetate (butyl acetate) for commonly used esters solvent, the solubility is good and with strong fruity odor. But the shortage is the high price for which it always be uesd in the solvant gravure printing ink.

There are benzene, toluene, xylene, etc for commonly used benzene solvent. Benzene has the capacity of high speed of volatile and low price but high toxicity; toluene is ideal in the dilution ratio and volatilizing speed which drives to become one of the most widely used in gravure printing ink varieties.

There are butyl ketone ( methyl ethyl ketone , MEK ), cyclohexanone , etc for commonly used ketone solvent. Ketone is a kind of strong dissolving capacity solvent, especially for the  high solids gravure printing ink. It also has the ability which takes advantages of  improving the liquidity and flow property of solid gravure printing ink but the smell is poor.

The characters of the commonly used solvents

The solubility parameter“δ” defines the square root of the cohesive energy density:

In the formula,△E Cohesive Energy refers to the heat of vaporization of the liquid or solid (cal), Vm refers to the molar volume (cm3).

The formula for solubility parameter of the mixed solvent:

In the formula, X1V1 refers to the molefraction and the molar volume of the solvent respectively.

The solubility parameter provides a solid theoretical basis for understanding the interaction among the solvent, resin and pigments. As well as a logical system of modifying and improving the formula of the gravure printing ink.

The evaporation of the solvent is similar to the evaporation of moisture in wet clothes. It mainly influenced by the temperature, vapor pressure, the ratio of surface area and volume along with the flow velocity of surface air. It is the second important conditions of the choice of solvent formula and the main factor that determine the drying speed of ink membrane which influence the form of ink membrane and then affect the final quality of the ink membrane.

The evaporation speed of mixed solvent is  calculated by the following formula: 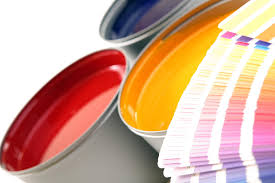 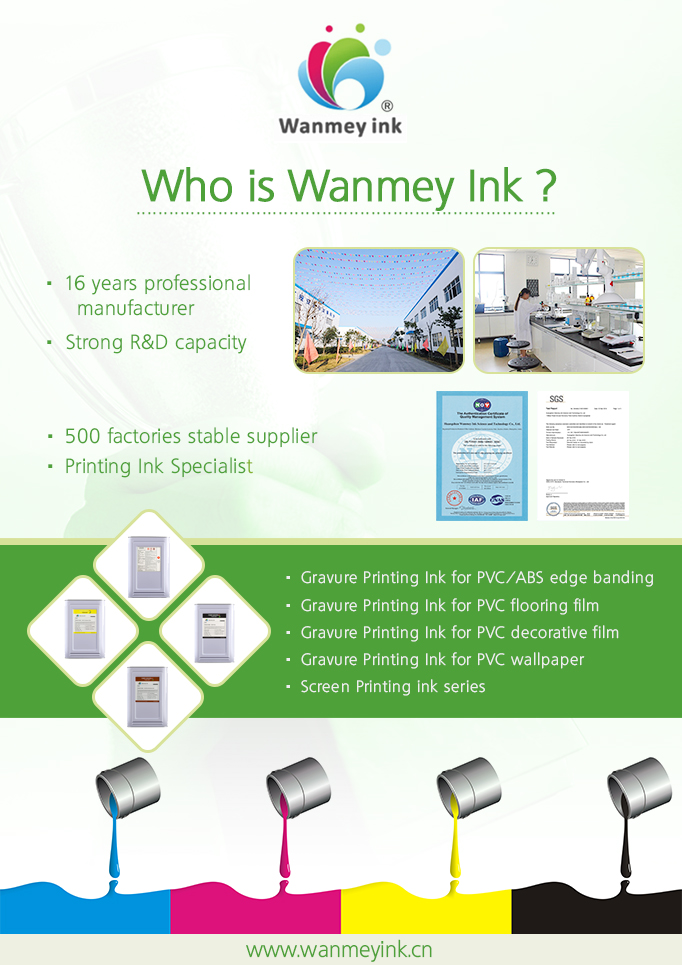 The remaining ink:the ink not in use (but not cannot be used) for every reason which can be adjust to use to other color,always is the light one to the dark one.

It should be noticed that:controlling and assuming the remains as mush as possible. The corresponding rewards and punishments system should be set to the printing operators, otherwise,it is difficult to have very big effect. It’s because whatever the remains is not as well as the new ones. Without a certain system of supervision,the operators can be very casual to adjust the amount and causes an unnecessary wasting.

What’s more,be sure to explain to your customer about the quality of the print that if there is a streak ,the transition of level is natural and the transform of dots is successful. Instead of the color for quality. There is no need to adjust the primary color around and around,especially for the new item.with this done,it can greatly reduce the residual ink and the inventory ink.

The addition of ink should be divided into many times and every times for a little in order to ensure the stable proportion of the new and old ink. Especially for using a little but added too much will causes a large number of surplus and leads to change of ink performance such as the color turns dark, the mobility goes worse,the streak appears,bubble produces and so on which are influences the quality of print greatly. The remains should always be filtered.

The rest of origin ink is not too much with all these work done. But how to assume the remains for every reason? The answer is add  some old to the new every now and then appropriately. What calls for special attention is that is on the premise of quality of assurance and the request for the original color and printing quality is not too high mainly for the printing batch and the ink amount is large ones.

Wanmey Ink suggests you that:
1)while choosing the ink factory,make them knows clearly what color do you prefer ,they can always meet your demands. In that case,it can ensure the original ink color is consistent and the printing quality is in keeping with the sample ones as much as possible.

2)use the original ink for new printing for the first time. Otherwise print each product will almost change every kind of ink and increased a lot of trouble to the printing plant. So it’s very important to approve the first sample and try to use the original color. As a matter of fact,there is no right or wrong in color,wise see wisdom,but to have a good communication with your customer.

3)the printing ink is the main raw material in printing. What is different from substrate is that the quality and the amount of the remains have much to do with the usage and the site management. The poor substrate can return at any time,but the poor ink is not poor quality but too much left for the most time which lead to the backlog and waste of funds. How to manage the ink effectively and control the remains properly is the problem that many printing plant have to face and it’s obvious to efficiency from management on this issue.

Solvent is a liquid that can dissolve other substances－－mainly resin or grease in gravure printing ink. Generally speaking, solvent is organic compound, but with simpler and smaller molecular structure compared to resin. This is to say, when mixed with gravure printing ink, the smaller particles of solvent can round the bigger ones of resin, endowing the gravure printing ink good fluidity and viscosity. Furthermore, solvent also wetting the surface of the printed film, improve the absorbency, enhance the adhesion between ink and film, and adjust the drying speed of ink during the printing process.

It is no exaggeration to say that solvent is the vitality of gravure printing.

In the gravure printing ink, solvent volatile situation is rather complicated. The speed of volatile is related to the attractive force between coupling material molecules and solvent molecules. When resin or other polymer material dissolve in a solvent, two kinds of molecule closely combined with each other, result in slower volatilization speed than that in single solvent situation.

The speed of solvent evaporation is one of the most important factors influencing the product quality. In the case of gravure printing ink, if the solvent volatilizes slowly, the pattern of rubber covered roller can be well transferred to the PVC edge banding/film, but may cause conglutination as well. In the other hand, if the solvent volatilizes too quick, there may be roller clogging or pattern blanching.

The changes of climate, temperature and humidity, the depth of the plate, ink layer thickness, all these factors can affect solvent evaporation speed. So it is advisable to adjust the evaporation speed according to the characteristics of the solvent gravure ink under different external conditions, meeting the drying requirements. What is worth mentioning is that no matter what kind of solvent being added, it will reduce the ink viscosity, thus reduce adhesion between ink and plastic film

More information to be shared with Wanmey Ink. Or mail to lfy@wanmeyink.cn